It is irrelevant whether the super-rich deserves their wealth, and they will use it more wisely than the less well off or government. What is relevant is that a democracy can not survive with the massive gaps between the rich and poor that now exits. Equally important, the people can not there are not in an economic system with such an enormous divide between the rich and the poor. Riots and mass uprisings will increase as income inequality grows.

No, the mantra that humanity is causing global climate change is not a conspiracy. A Conspiracy of this magnitude requires smart people in power. After learning of the low scores and poor academic ability of minorities, and the children of the rich and powerful who compose a large percentage of elite universities, Americans are now aware that the so-called elites are anything but elite. They are at such a low level of intelligence that it is frightening. There are too many judges, politicians, scientists, heads of bureaucracies who are stupid. The military’s top brass and the leaders of national security and law enforcement agencies are not so bright even though they have shiny degrees from top universities. These mental midgets have found their way into every part of society, including academia. So, no surprise, that those making forecasts of global warming doom are not the brightest of the bright. Consider, Al Gore is a lawyer, and yet, all the dumb running the nation rally behind him. Why? How about, they are stupid and know no more than he. Look at the pretty people in Hollywood who have jumped on the Climate Change bandwagon. Most share one commonality- they are not the brightest. They are beautiful, and they believe that humanity is causing the world to burn. The answer to the question, is Global Warming a conspiracy to rule us, is no. The people pushing the narrative are not that bright to pull off such a plot. And, anyone who willingly give these imbeciles more power and authority, are dumber and should be attending Princeton or Harvard if they aren’t already.

The British are responsible for the mess in Hong Kong. First a little excursion back in time to when China was occupied by Britain. China, after asking nicely that Britain stop pushing narcotics and having Britain refusing, went to war to throw out the British narcotic dealers. The British not wanting to give up the lucrative source of income that came from pushing narcotics, threw its military might against China and won. After winning the war, Britain forced China, at gunpoint, to lease Hong Kong to Britain for 99 years. The lease was just for show. The British never believed China would ever be powerful enough to refuse to renew the lease. Surprise! How did the noble British respond on learning the lease done under duress was not to be renewed? Why the honorable, freedom loving British changed the passports of all the Chinese in Hong Kong from that of British citizenship to one limited to travel rights. What this very slimy move by the British was designed to do was to ensure that millions of Hong Kong Chinese, raised under the British system, would be trapped. This guaranteed that there would be conflict between the Chinese Hong Kong citizens and mainland China. The British ser up worked. China is now faced with trying to integrate a hostile population back into it’s culture and political system. The shame is on the British, not China. Americans who are getting caught up in the mindless rhetoric spread by media ignorant of history need to remember that the same Britain that conned America into entering the First World War by lying that the Lusitania carried no weapons of war is the same Britain that set the stage for this debacle going on in Hong Kong. It is time to blame the British not China. The West is less than pure and America’s democracy is less than pure. The adage, “don’t throw rocks at your neighbor‘s house if you live in a glass house” is one that self-righteous America needs to heed. 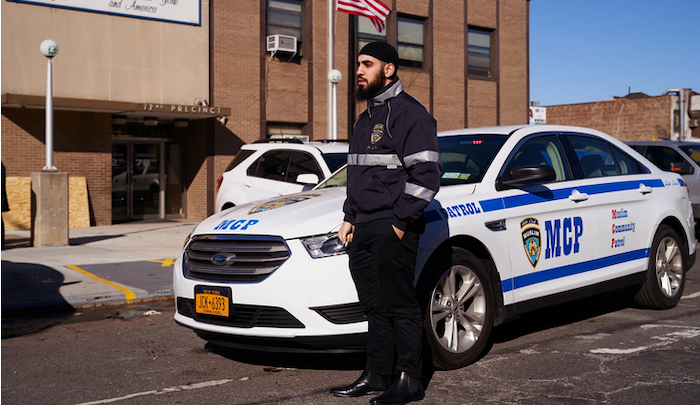 As the left further weakens the nation, there will be new groups rising to take power and establish control. Muslims will be among the groups seeking to gain power and build their vision of “law and order.” Unfortunately, it will not be long before vigilance groups war with each other for dominance. As in Mexico where the drug cartels chase away ineffective government forces, so too will the vigilantes do the same to local, state and federal authorities whom have lost the ability to rule. It will be most interesting to watch the Muslim vigilante groups when they eventually turn their attention to the LGBT community, and they herd them to their new camps far away from the city. I doubt few will miss them or pity their fate. And, we can all assured the Congress of the United States will do nothing to incur the wrath of their new masters. The mighty federal judges will be perplexed as to why their orders to cease are ignored. The police will still give tickets and make arrests as the police do in Mexico. The military will function as the Mexican military now do. Judges will dispense justice and make decisions and not cross into areas no longer their domain, as will the Congress. But, the real rulers will be determined not by Soros or liberal lawyers. The waring vigilante groups will carve up territory that will fall under their jurisdiction just as the cartels are doing in Mexico. What emerges will no longer be the country it was. or anything resembling what those who shredded the nation wanted. Most, likely they who giddily destroyed the nation out of greed, ideological B.S. or hopes for power will most assuredly only have to endure this brave new world for a short time before they are executed. A fate that always catches up to failed elites, bureaucrats, and politicians.

The good news is there will be no civil war. 🙂

The 500-pound gorilla in the room e-vehicle pundits try to ignore is charging time in a world filled with e-vehicles. How many times, during a busy holiday, have you pulled into a fueling area to find yourself sitting behind one or two cars? How many times have you pulled into your neighborhood gas station with a car in front of you? Who wants to wait 15 to 30 minutes before they can start to charge their vehicle which will take 15 to 30 minutes to charge their car? What if bad weather or an upcoming holiday prompts owners of-vehicles to charge their batteries? Are you beginning to see the mess you are being walked into by the very same people who promised you that more highways would end congestion and reduce your drive time? Until time to fully charge an e-vehicle comes to match the time to fill the tank that of a gasoline-powered car, e-vehicles will not be practical for people who can not afford to wait up to an hour or more for a charge.

Congress loves freedom and wants to give dissidents seeking democracy a home in the United States. So, why not invite all those in Hong Kong losing rights Congress professes to cherish, to come to the U.S. By all political measures used by Congress, they are genuine political refugees. But, this may not matter, because, contrary to the Democrats’ continual litany of calling those opposing open boarders racists, it is they who are the actual racists. The residents of Hong Kong will no be offered political asylum because the Congress of the United States is racist when Asians are involved. This racism is equally rife throughout the federal courts. Sorry, Hong Kong, you are the wrong color, and you are too smart, and your children will take the jobs from the dumb children of the ruling elites. Diversity is only essential as long as the elites are not impacted. Too many immigrating to the United States from Hong Kong would jeopardize their mediocre children’s places in the Ivy League Schools and their future occupations. The culture of Asia guarantees that the Hong Kong Chinese would easily out-compete and out bribe the current indigenous ruling elites and their offspring.

This is a text widget. The Text Widget allows you to add text or HTML to your sidebar. You can use a text widget to display text, links, images, HTML, or a combination of these. Edit them in the Widget section of the Customizer.
Reflections
Blog at WordPress.com.